Real Madrid may have ended the year badly, but Zinedine Zidane has been named French coach of 2017 for leading the club to a Liga and Champions League double.

“I want to show that I can also be a good coach in tough circumstances,” Zidane said in an article published on Tuesday in France Football magazine, which gives the award. 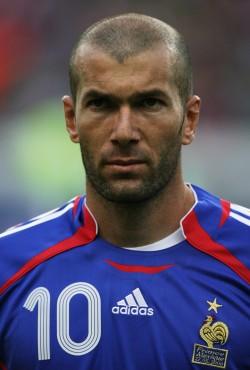 Zinedine Zidane of France looks on during the international friendly match between France and Mexico at the Stade de France on May 27, 2006 in Paris, France.

Real are going through a bad run. They are fourth in La Liga, 16 points behind leaders Barcelona, and they ended 2017 with a crushing 3-0 defeat at home in the Clasico.

On Sunday, they were held to a 2-2 draw at Celta Vigo. “Today, yes, the danger is there, but I’m not going to change.

I am aware that I have in front of me great players who listen to me. Playing football, I know how to do that. So things will sort themselves out in the end,” Zidane said.

“Some people may think that everything is always easy for me, that I do everything from instinct, but that’s not true! Whether it is as a player or as a coach, I’ve always worked,” said Zidane.

“I’m not protected by what I achieved as a player for this club. Zinedine Zidane is no longer a Real player.

That Zidane does not exist any more. Now it is the coach Zinedine Zidane who must create a career,” he concluded.

His side will continue their defence of the Champions League against a French team coached by a Spaniard when Real take on Unai Emery’s Paris Saint-Germain in the first knockout round on February 14 and March 6.