A study published by the National Academy of Sciences has confirmed that Ibuprofen has a negative impact on the testicles of young men which causes impotency.

The development was confirmed after a small sample of young men developed a hormonal condition that typically begins, if at all, during middle age following an intake of ibuprofen doses commonly used by athletes. 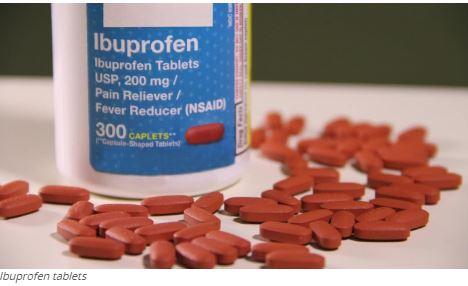 This condition is linked to reduced fertility. Advil and Motrin are two brand names for ibuprofen, an over-the-counter pain reliever. CNN has contacted Pfizer and Johnson & Johnson, the makers of both brands, for comment.

The Consumer Healthcare Products Association, a trade group that represents manufacturers of over-the-counter medications and supplements, “supports and encourages continued research and promotes ongoing consumer education to help ensure safe use of OTC medicines,” said Mike Tringale, a spokesman for the association.

He also said: “The safety and efficacy of active ingredients in these products has been well documented and supported by decades of scientific study and real-world use.”

The new study is a continuation of research that began with pregnant women, explained Bernard Jégou, co-author and director of the Institute of Research in Environmental and Occupational Health in France.

Jégou and a team of French and Danish researchers had been exploring the health effects when a mother-to-be took any one of three mild pain relievers found in medicine chests around the globe: aspirin, acetaminophen (also known as paracetamol and sold under the brand name Tylenol) and ibuprofen.

Their early experiments, published in several papers, showed that when taken during pregnancy, all three of these mild medicines affected the testicles of male babies.